I've been asked a few times about night shooting, shots of the stars and light painting. I don't claim to be any kind of expert on this, but I do know the basics. This guide should be enough to get started.

I use a Canon 5d mk3, it's a great camera but you don't need to get professional gear to take these shots, it just makes it easier. 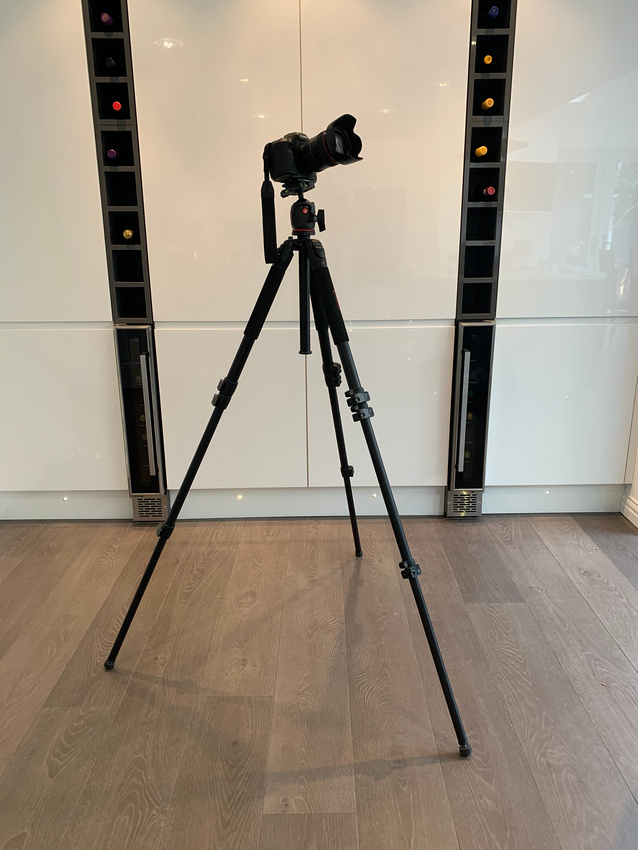 You'll need a tripod or secure means of holding the camera steady. For long exposures you need the most stable tripod you can find, these tend to be big and heavy (the opposite of what most people are looking for) but you really need the stability. Redsnapper tripods are a good mix of stability and cost.

You also need a ball or geared head to connect the camera to the tripod, again big and heavy is the way forward for stability. I use a manfrotto ball head, it's extremely solid when locked and would break your foot if you dropped it. 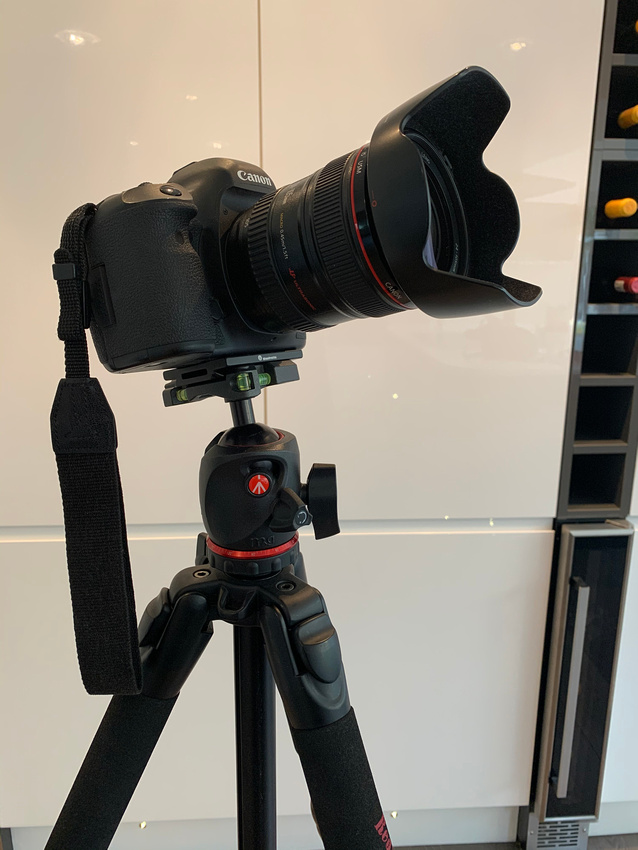 Camera. Ideally a digital SLR, however anything that allows you to control focus, aperture, ISO and shutter speed to shoot on manual will do. If you try to shoot using automatic modes you'll struggle. There may well be apps for things like Iphones to achieve the same results but I have no idea.

I use a cable remote release, it plugs into the camera and stops you creating vibrations when you trigger the shot. You can get cheap ones for about £5 from ebay, or use the camera self timer if you don't have one.

A torch. Seriously, get a good torch, ideally a headlight. LED Lenser make good ones but they're spendy.

Firstly remove any filters from the front of the camera, they can give weird reflections. I use the lens hood to cut any sidelight and protect the lens.

Ideally go the area before sunset, it makes it easier to line up shot if you know (for instance) that there's a mountain out there somewhere. For locations you're best off away from towns or sources of light. Waiting for a few hours after dark often allows high level cloud to disperse as the temperature drops.

Attch the remote release, or set the camera self timer for it's longest option.

Setup the camera on the tripod and lock everything, movement of any kind will ruin your shots.

Be aware that the camera screen will look really bright when you're standing in complete darkness, so the photos may be dark when you look at them on a computer. I use the camera histogram to make sure that the image will be viable, basically you need to make sure that the graph doesn't hit the left or right edges. This is a topic of it's own so if you intend to use this google is your friend. 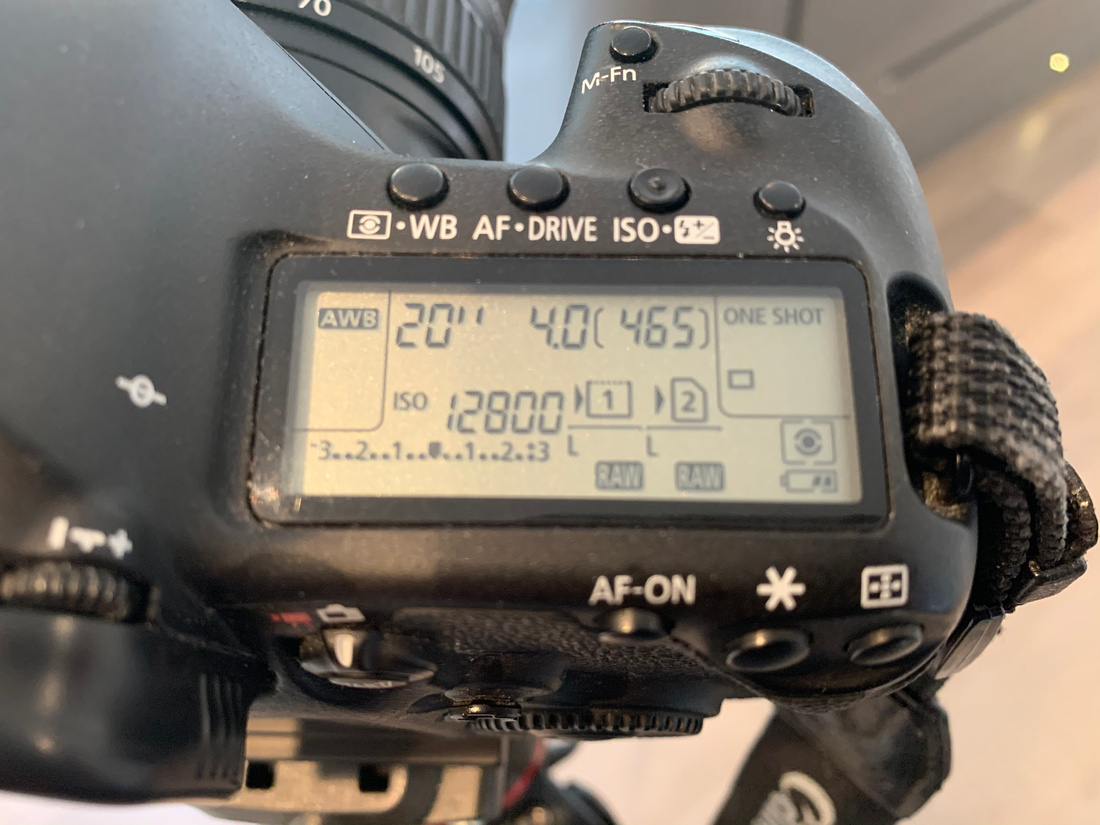 Apeture (f number) as low as it goes, normally large apertures mean short depth of field. this doesn't matter with stars as they're fairly far away so it lets in as much light as possible. Depending on your lens this may be around f2 to f4.

ISO (film speed) as high as you can get away with, really high ISO tends to mean unacceptable levels of noise. You may be able to fix some level of this in photoshop so try a few different shots until you know what the camera can do.

Shutter speed, which way you're facing makes a difference due to the relative movement of the stars. As a basic setting 20 seconds will work in almost all situations for really sharp shots, you can push this to 30 seconds at the risk of some movement in the stars, anything much over that and you're into star trails territory.

Then just go out and try it! 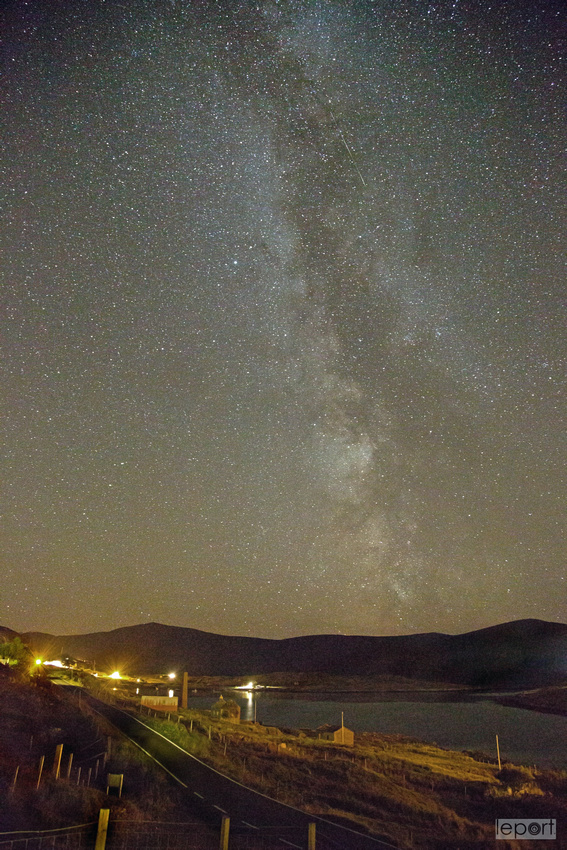 Milky way over Tarbert, HarrisClear skies and the lack of light pollution on the Wester isles mean that you can clearly see the milky way.

You can use similar setting for light painting, and star trails.

For star trails you set the camera up to take repeated 30 second exposures (on jpeg only) then set it to run for a few hours. The resulting hundreds of images can be stitched into a star trail using free software at startrails.de 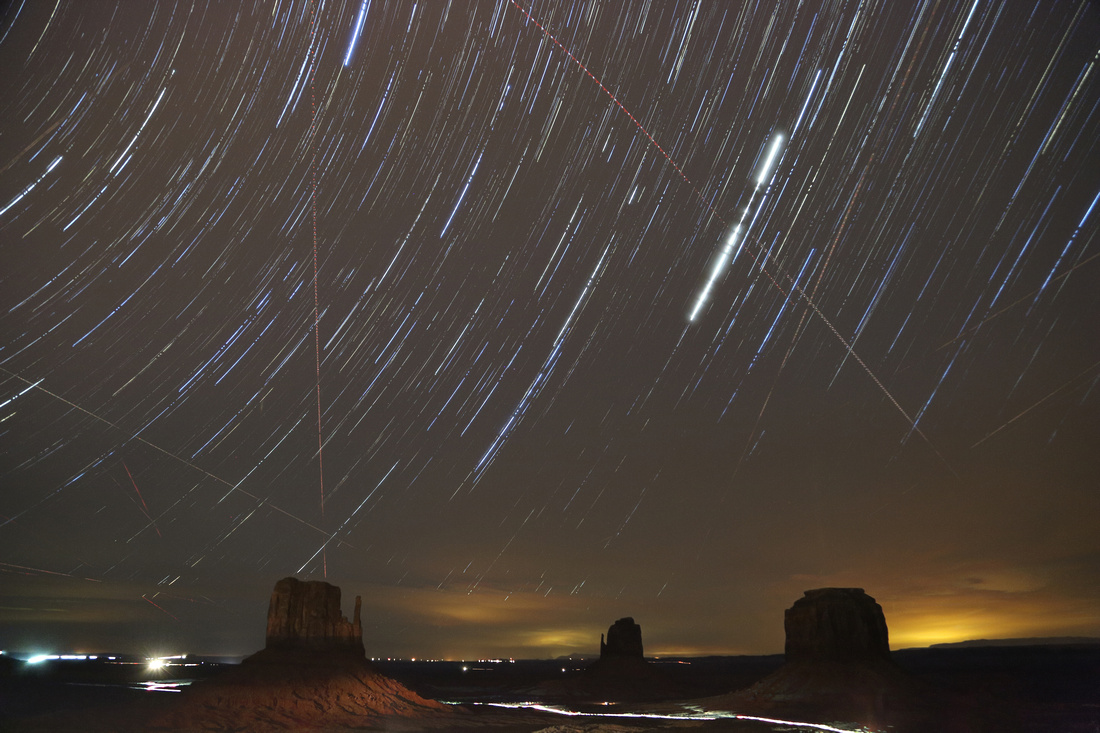 Light painting. Set the camera for 30 seconds (or more) then get busy with torches, flames, whatever you can come up with. 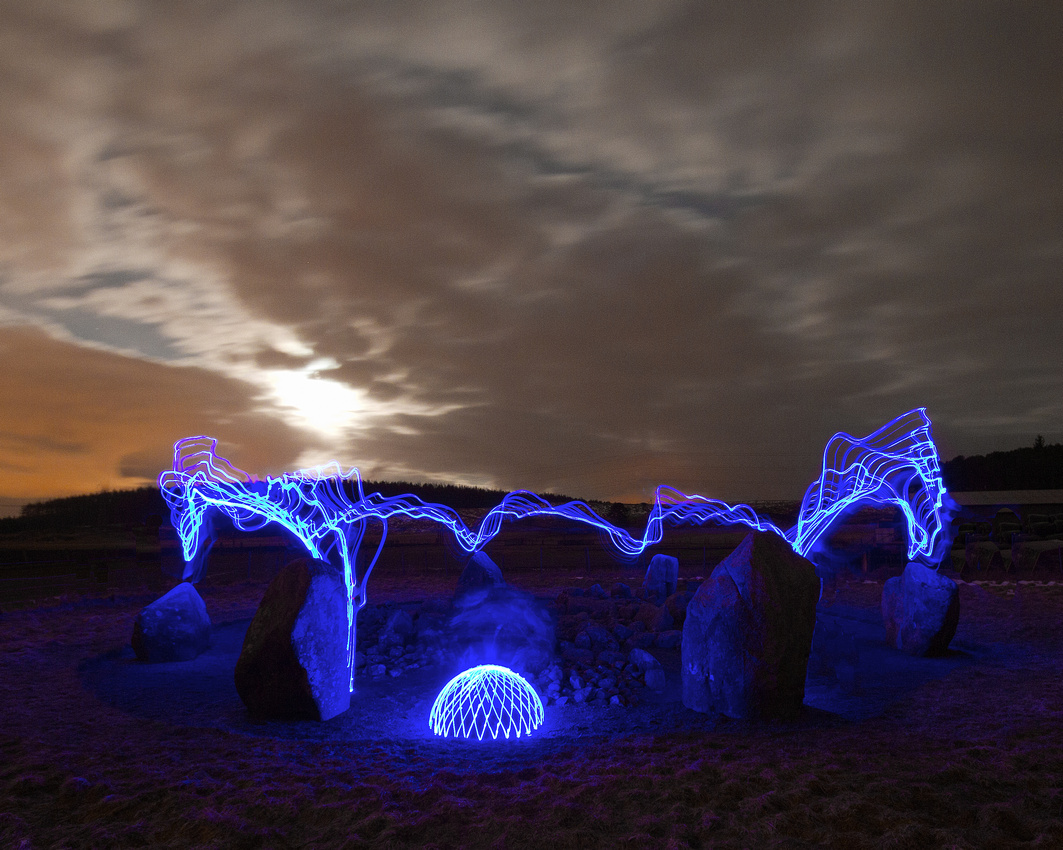 This photo was done by spinning burning wire wool on the end of a cable, the wire wool is stuffed loosely into an old whisk (yes really) lit then spun. Set the shot up as you would for the landscape or background you're using then trigger the camera, spin the burning wire wool and revel in the results. Obviously don't wear anything flammable or do it in areas that may catch fire. 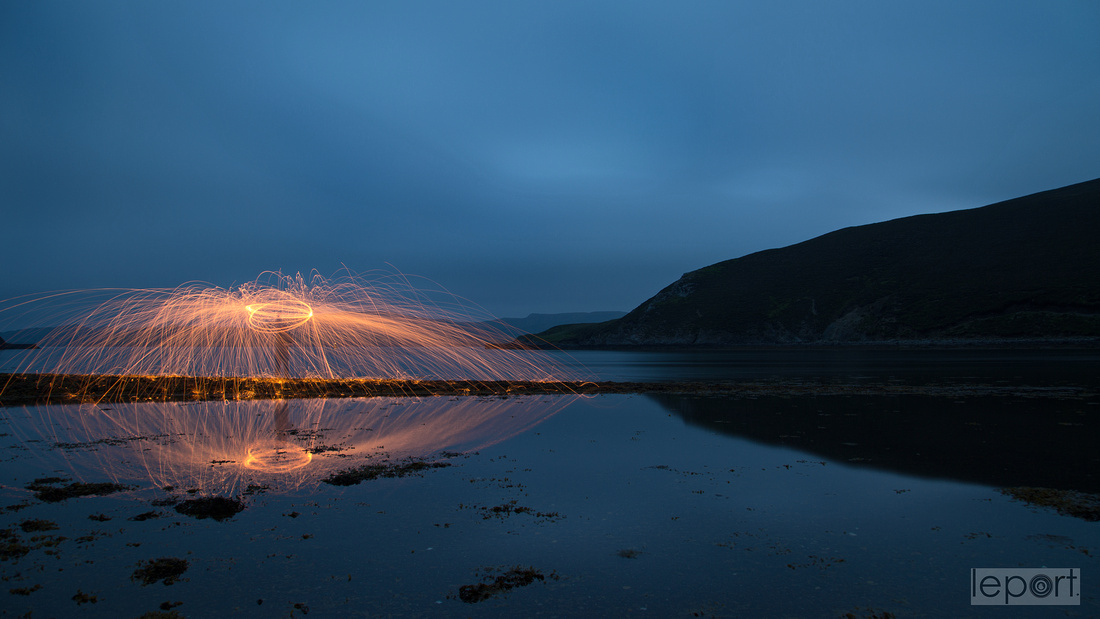